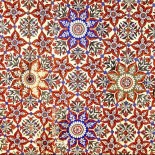 Kunala was the son of Emperor Ashoka and Queen Padmavati and presumptive heir to to the Maurya Empire, which, at the time (3rd century BCE), covered most of the Indian subcontinent and all of present-day Pakistan. Kunala was … Continue reading →

The Arthashastra is an ancient Indian treatise on statecraft, economic policy and military strategy, authored in the 4th century BCE by Kautilya (popularly known as Chanakya), a professor at Takshashila University and advisor … Continue reading →

Gandhara was the name of an ancient Vedic kingdom, comprising the Peshawar Valley and Potohar Plateau in Pakistan, and the Kabul Valley in Afghanistan. According to the Sanskrit epic Ramayana, … Continue reading →

The Ramayana is one of the two great epics of ancient India, ascribed to the Hindu sage Valmiki. Consisting of 24, 000 verses, it tells the story of Rama, king … Continue reading →

River Hymn of the Rigveda

The Rigveda is an ancient collection of Sanskrit hymns, counted among the four canonical scriptures of Hinduism, the Vedas. It is one of the oldest extant texts in any Indo-European … Continue reading →